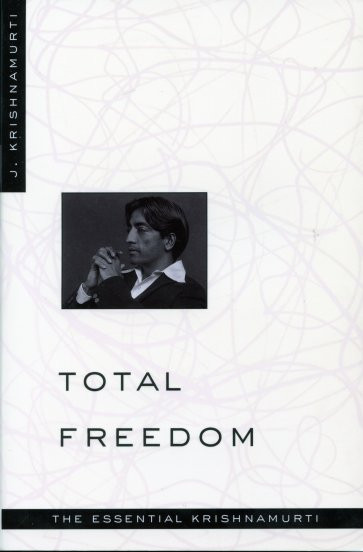 The Introduction to this book by Allan W. Anderson, Professor Emeritus of Religious Studies at San Diego State University, provides glimpses of the nature of Krishnamurti and the passion behind his teachings. The Foreword by Ralph Buultjens, Professor of Social Sciences, New York University, looking at Krishnamurti's possible impact, says: "If Krishnamurti’s ideas become more widely accepted in the future, it will be ... because they speak intently to individuals disillusioned with all-knowing and socially transforming macro-ideologies."

The four parts of the 370-page book are entitled: Early Works, Insights into Everyday Life, Life’s Questions, and You Are the World. They include selections from Krishnamurti’s Journal and Krishnamurti to Himself and explore subjects such as:

The first attraction to this new title is the subtle design of the cover with Krishnamurti’s photo taken by Edward Weston a few years after the now famous “Truth is a pathless land” speech.