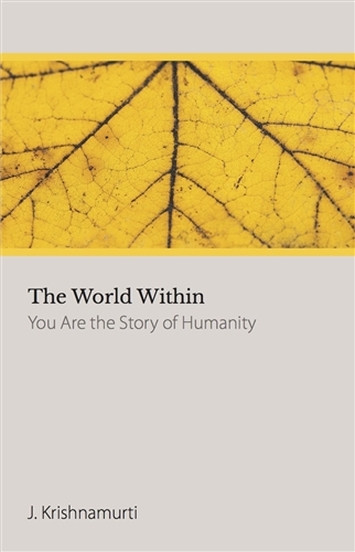 During the Second World War (1939-1945) Krishnamurti did not speak publicly in the United States but lived quietly in Ojai, CA. People sought him out and came to dialogue with him on many issues of the times or their own personal dilemmas. Their problems were universal human problems and each made true his statement “You are the world”. As Krishnamurti unwound the tight threads of their thinking and feeling, the core or source of a concern was revealed unadorned, and without blame or guilt.Krishnamurti’s recollection and documentation of these dialogues were gathered from his notebooks and compiled in this book.There is only reality, the supreme without a second. There is only one humanity and one righteousness, and the way to its realization does not lie through any other path, through any other person save through yourself. Seek your own deliverance, and then you will deliver the world from its confusion and conflict, its sorrow and antagonism. For you are the world, and your problem is the world's problem. If you are clinging to your beliefs, to your petty gods, to your nationality, to your possessions, to your leaders, then you will create a world of confusion and conflict, of sects, of racial and religious prejudices, of economic and ideological frontiers, ever leading to separation, breeding ill will, multiplying catastrophes.