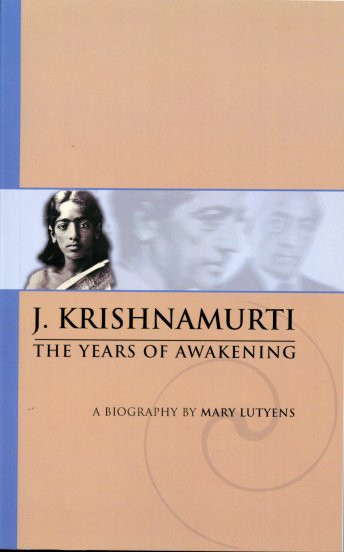 This book narrates Krishnamurti’s early life from his birth in 1895 in a village in southern India, his discovery by the leaders of the Theosophical Society, his struggles with being educated, to his emergence as the World Teacher and his dissolution of the Order of the Star that was created to spread his teaching.

The first of Mary Lutyens four-volume biography of Krishnamurti, covering Krishnamurti's childhood and beyond, from 1895 to 1935. In 1909, a boy of 14 years was acclaimed as the savior of our age. Sent from his native India to study in England, the charismatic youth was groomed for the messianic role of World Teacher- a mantle he would ultimately cast off, unleashing a storm of controversy. Thereafter he traveled the world for 60 years and became a shining beacon of joy and truth to millions over.

Author Mary Lutyens, who had known Krishnamurti since she was three years old, has drawn on the unpublished letters and personal recollections of the great man to paint an intimate, dramatic and insightful portrait of a remarkable teacher and spiritual leader.

"I do not want followers, I desire to free humanity from all cages, from all fears." - J. Krishnamurti