Awakening of Intelligence, The 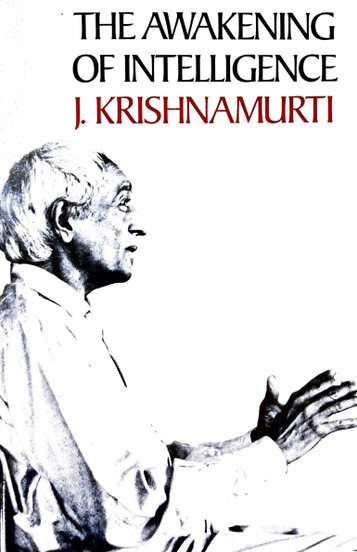 Awakening of Intelligence, The

This book is a must read—for any person interested in Krishnamurti and his teachings. This is one of the most comprehensive texts of Krishnamurti's teachings, containing discussions with various individuals — including Professor Jacob Needleman, Alain Naudé, Swami Venkatesananda, and Professor David Bohm. Professor Jacob Needleman asks about the present situation of the young, the role of the teacher, of tradition and its relation with direct perception, and the need for awareness of a “cosmic dimension.” With Alain Naudé he discusses the problem of good and evil, the fragmentation of consciousness and the possibility of psychological revolution. Venkatesananda puts important questions to Krishnamurti on traditional Vedanta methods: he invites Krishnamurti to scrutinize the paths of the four Yogas and the present-day validity of certain mahavakyas from the Upanishads. From the book: Krishnamurti: Felicity and so on. Now what is good? I feel goodness is total order. Not only outwardly, but especially inwardly. I think that order can be absolute, as in mathematics I believe there is complete order. And it is disorder that leads to chaos, to destruction, to anarchy, to the so-called evil. Naude: Yes. Krishnamurti: Whereas total order in one's being, order in the mind, order in one's heart, order in one's physical activities - the harmony between the three is goodness. Naude: The Greeks used to say that perfected man had attuned in total harmony his mind, his heart and his body. Krishnamurti: Quite. So we shall say for the moment that goodness is absolute order. And as most human beings live in disorder they contribute to every form of mischief, which ultimately leads to destruction, to brutality, to violence, to various injuries, both psychic and physical. For all that one word may be used: "evil". But I don't like that word "evil" because it is loaded with Christian meaning, with condemnation and prejudice.