Transformation of Man, The (The Wholeness of Life) 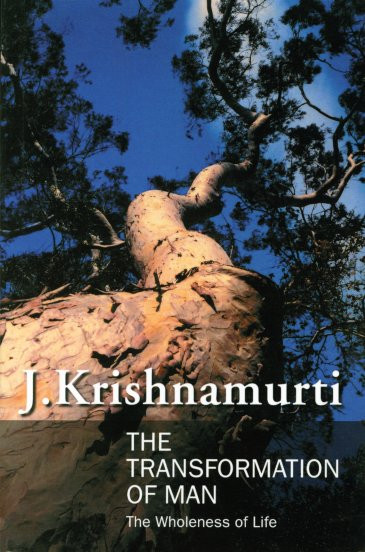 Transformation of Man, The (The Wholeness of Life)

This volume, divided into three parts, contains unusual aspects of Krishnamurti's teachings. The first section explores the reasons why mankind has lived for thousands of years in chaos and misery. The discussions bring to light, as the chief cause, the fragmentation of the mind so deeply conditioned by race and nationality, religion and ideology, all producing division, fear and conflict.

Krishnamurti has never been concerned with ideas or hypotheses about consciousness but with the direct understanding of the immediate condition of the psyche, with the very stuff of one's existence- any theories, philosophies and religious beliefs are abstractions denying that immediacy.

He points out in the second section of the book that the mind is almost unceasingly occupied with thinking so that it has lost touch with its original unconditioned freedom; in the thinking process it is time-bound and its space narrowed dawn in identification; freed from thinking it recovers vast space and time has a different meaning - the mind is in a state that has clarity and knows what love is.

The third section is concerned to answer the question: How is it possible to ascertain truth and to know whether Krishnamurti's teachings are true? As in scientific enquiry, every statement has to be held in danger of being found false or inadequate. One has to abandon all psychological security for the razor's edge path and be alive to the dangers. A remarkable position is reached in the second dialogue: after elucidating the statement ‘You are the world and the world is you’, the word compassion takes on a new meaning.