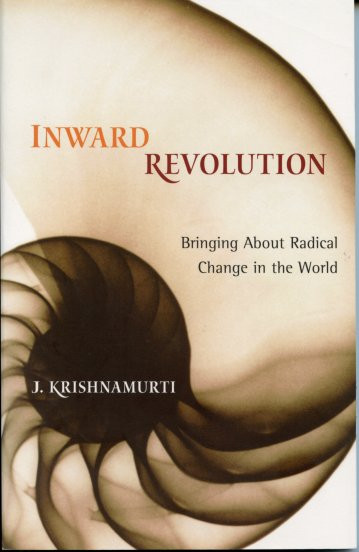 In this book Krishnamurti inquires with the reader into how remembering and dwelling on past events, both pleasurable and painful, gives us a false sense of continuity, causing us to suffer. His instruction is to be attentive and clear in our perceptions and to meet the challenges of life directly in each new moment . The work of the influential 20th-century spiritual teacher Krishnamurti (1895–1986) is filled with paradoxes: don't follow gurus, this guru advised. Philosophy is an escape, said the man whom the Dalai Lama called one of the age's greatest philosophers. This compilation of lectures sounds again and again Krishnamurti's key themes: learn, and live, by direct experience, not by the received wisdom of texts and teachers. Throw away what was (the past) and what should be (the ideal) in order to perceive through direct observation what is occurring each day and in each experience. Look inside to learn how the mind works and thereby change the world. While Krishnamurti asserts "there is no path to truth," many 20th-century Eastern spiritual teachers followed Krishnamurti's path in popularizing mysticism and meditation in the West. The origin of this book in lectures makes it repetitive at times, although those new to Krishnamurti may find that repetition helpful in clarifying themes. Krishnamurti's influence spread via his talks throughout the world, so the flavor of his oral teaching, in all its provocation, is preserved. Krishnamurti may be too abstract for some; this book will best suit those interested in the intersection of philosophy and Eastern spirituality.