Flame of Learning, A 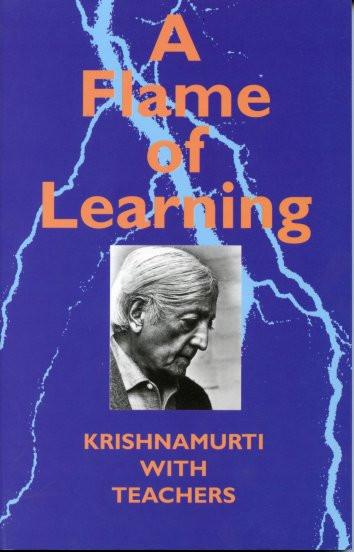 Flame of Learning, A

"Seeing something very clearly and acting instantly is intelligence. Can we have that intelligence among ourselves first, and then convey it to the student?" - J. Krishnamurti

Many educators and parents have found J. Krishnamurti's insight into the human condition and the nature of learning especially relevant to the education of children. For them and for others who wish to live sanely and wisely in a world of growing confusion, and who wish their children to do the same, this book will be a valued addition to his previous works.

In discussions with teachers at Brockwood Park School, which he founded in England in 1969, Krishnamurti assumes the role of a person coming to teach in such a school. Frankly and directly, he explores the new teacher's relationship with the school, with his colleagues, and especially with students, questioning the nature of freedom and authority, the source of fear and violence, and the possibility of awakening intelligence and sensitivity to order. In the course of the exploration, they go into the nature of investigation itself and the necessity for clarity of observation and communication. Above all, Krishnamurti challenges the teachers - and the reader - to look at the need for radical psychological change, and to consider the possibility of such changes in all human beings.