Ending of Time, The [2014 Revised and expanded edition] 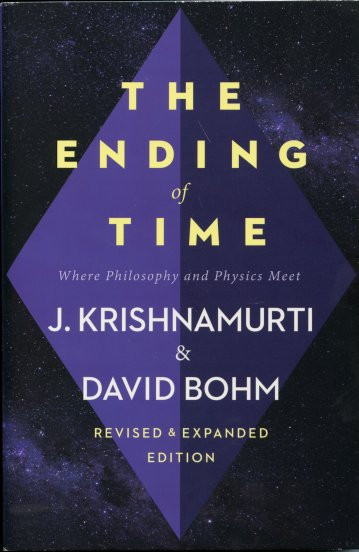 Ending of Time, The [2014 Revised and expanded edition]

Of the many dialogues held between Professor David Bohm and Krishnamurti, this series contains some of the most comprehensive. The topics explored include: The roots of psychological conflict, cleansing the mind of the accumulation of time and breaking the pattern of ego-centred activity. In the new expanded edition two dialogues have been added to the thirteen in the previous book. This complete edition also contains, in an appendix, two later dialogues entitled The Future of Humanity, which David Bohm described in a foreword as both amplifying and possibly serving as an introduction to those in The Ending of Time. The provocative and penetrating philosophical classic of science and spirituality—a discourse between the revered spiritual leader Krishnamurti and renowned physicist Dr. David Bohm, exploring the origin of human conflict and what we can do about the barriers that stand in the way of insight and consciousness, now revised and updated with a new introduction and added dialogues. The Ending of Time is a series of important and enlightening dialogues in which Jiddu Krishnamurti and Dr. David Bohm—men from vastly different backgrounds in philosophy and physics, respectively—debate profound existential questions that illuminate the fundamental nature of existence, probing topics such as insight, illusion, awakening, transcendence, renewal, morality, the temporal, and the spiritual. Along the way, Krishnamurti and Bohm explore a person’s relationship to society and offer new insights on human thought, death, awakening, self realization, and the problem of the fragmented mind. The Ending of Time also refers to the wrong turn humanity has taken—a state that they argue can be corrected. Though they insist that mankind can change fundamentally, they warn that transformation requires going from one’s narrow and particular interests toward the general, and ultimately moving still deeper into that purity of compassion, love and intelligence that originates beyond thought, time, and even emptiness. This updated edition, edited and revised in clear and engaging language, includes a new introduction and a conversation previously published separately which examines “The Future of Humanity.”