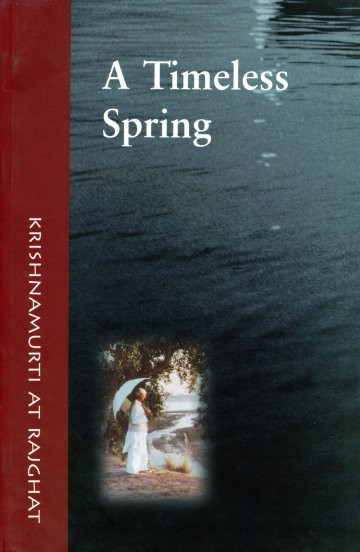 J. Krishnamurti's connection with the sacred city of Banaras in the north of India goes way back to 1910 when he visited it for the first time with his mentor Dr. Annie Besant.  By 1928, he desired that land be bought along the banks of the river for an educational centre.  Rajghat, the site of the ancient city of Kashi, situated at the confluence of the Ganga and Varuna, is that land.  In this place, Krishnamurti came every winter till his death in 1986.  The setting is extraordinarily beautiful, and his writings included in this book convey the magic and poetry of the landscape.

The book is a historical record of Krishnamurti's relationship to Rajghat to a particular place and its people over many decades.  Included are some of the great public talks given here, in this pilgrim city, on meditation, death, and creation.  There are also dialogues with Sanskrit pundits and Buddhist scholars, which evoke the timeless quality of his Teachings.  The section on education is very special, for his talks and discussions with students and teachers are simple and direct.  Each of these sections carries the flavour of Krishnamurti's presence at Rajghat, linking myth and history with a vibrant present.