On Self-Knowledge (Selections from the Decades, No. 1) 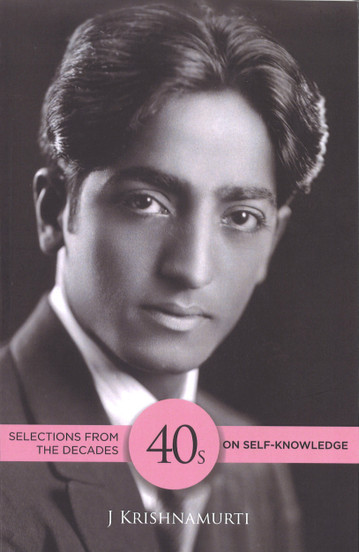 On Self-Knowledge (Selections from the Decades, No. 1)

On Self-Knowledge is the first volume in a series titled 'Selections from the Decades'. The series aims at presenting a representative sample of talks that Krishnamurti gave between the 1940's and the 1950s.

The book begins with the year 1947, a year that marked a milestone both in India's destiny and in the unfoldment of Krishnamurti's teachings. The concerns of the period had, understandably, to do with the political and social problems of the day. What is striking about Krishnamurti's approach, however, is that even while addressing contemporary issues, his answers are rooted in a timeless vision of life and truth. As such, he insists that a regeneration in society can come about only through a radical revolution in the consciousness of the individual. And such a change, he avers, is possible only through self-knowledge.

The talks in this book reveal how Krishnamurti take us, step by step, on the journey of discovering ourselves.