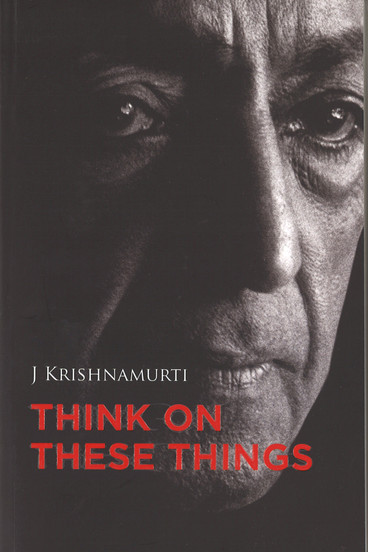 Chosen by Parabola magazine as ‘one of the hundred best spiritual books of the century’. An excellent introduction to Krishnamurti’s teachings, for the young and old.

Consisting of Krishnamurti’s talks and discussions with students, teachers, and parents in India, this book has been translated into the major languages of the world. Here Krishnamurti states, in unmistakable terms, that the function of education is not different from the purpose of human life itself.

‘The function of education is to bring about a release of energy in the pursuit of goodness, truth, or God, which in turn makes the individual a true human being and therefore the right kind of citizen…As a river creates the banks which hold it, so the energy which seeks truth creates its own discipline without any form of imposition, and as the river finds the sea, so that energy finds its own freedom.