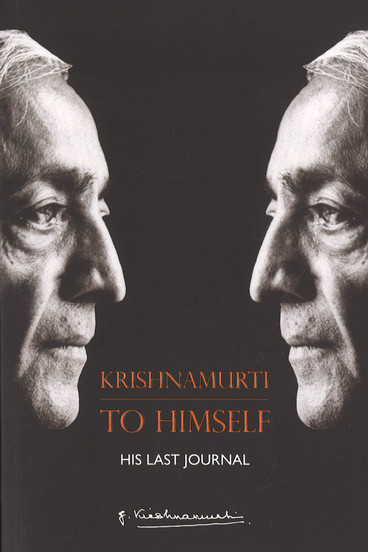 This book is unique in that it is the only one of Krishnamurti’s publications which records words spoken into a tape-recorder while he was alone, and it may be regarded as a sequel to his written works Krishnamurti’s Notebook and Krishnamurti’s Journal. The reader gets very close to Krishnamurti in these pieces, almost it seems at moments, into his very consciousness. In a few of them he introduces an imaginary visitor who comes to question him and draw him out. The gist of his teachings is here, and the descriptions of nature with which he begins most of the pieces may, for many who regard him as a poet as well as a philosopher, quieten their whole being so that they become intuitively receptive to what follows. Strangely, the last piece, perhaps the most beautiful, is about death. It is the last occasion on which we shall ever hear Krishnamurti discoursing himself. Two years later, in 1986, he died.