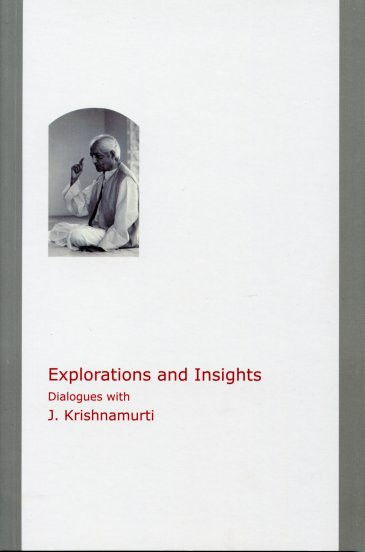 This series of fourteen discussions between Krishnamurti and people in the various schools in India covers topics such as: self-knowledge and the teachings, the ending of recognition, action in attention, silence, disorder and the central root of fear. This book consists of fourteen out of the several dialogues that Krishnamurti held in the 1970s with his close associates, scholars, religious seekers, and others interested in inquiring into existential issues. These dialogues are not questions or answers or even an exchange of viewpoints. They form a new genre of communication typical of Krishnamurti—a tentative beginning, deep listening, a refusal to arrive at quick solutions, and an exploration that leads to newer and deeper perceptions. For those who wish to delve into the processes of self-knowing, this would be an invaluable book.