Is there a solution to all psychological problems? 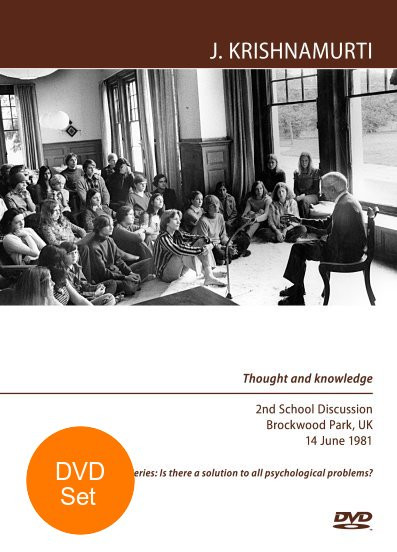 Is there a solution to all psychological problems?

Thought is the common denominator of our existence.

Is thought responsible for conflict between human beings?

Apparently we have never questioned why we tolerate conflict, not only outwardly but also deep in ourselves.

Fact is, I am violent. Idea is, I mustn’t be violent. Do you pursue non-fact?

Knowledge can never be complete about anything.

Ultimately you have to be a light to yourself.

Why haven't we been able to resolve our problems?

Why haven’t human beings been able to resolve inward problems?

Is it possible to understand the nature of conflict totally and end it?

There is a totally different way of dealing with psychological problems.

Are you watching a problem as though it is separate from you?

When you attend to something completely, the thing is not.

Why do we have images about ourselves?

If conflict is real pain to you, you would end it; but we are educated and conditioned to accept conflict.