The future of humanity 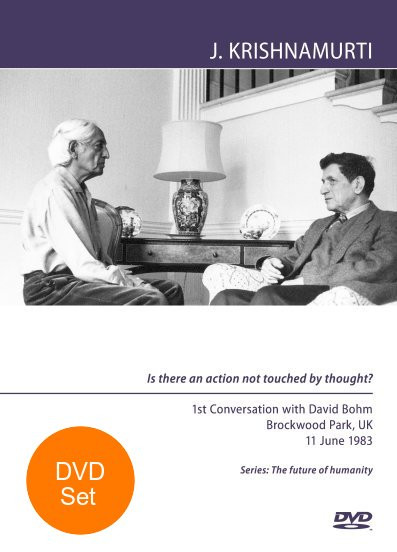 The future of humanity

Is there an action not touched by thought?

Q: What is the future of man?

All the problems that humanity has now, psychologically and in other ways, are the result of thought.

We are pursuing the same pattern of thought. Thought will never solve our problems.

The whole structure of the ‘me’ is put together by thought.
The ‘me’ is my consciousness, which is my name, form and experiences.

Dividing humanity geographically and religiously has created havoc in the world.

The ‘me’ is a divisive entity.

Why is there division?

Is there evolution of consciousness?

Can the consciousness of mankind be changed through time?

Is the brain conditioned physically, chemically?

Is psychological conditioning centred in the self?

The conditioning which determines the self is creating great damage.

As long as the brain is conditioned its relationship to the mind is limited.
When it is not conditioned, is the brain the instrument of the mind?

If the brain is quiet, is it related to the mind?