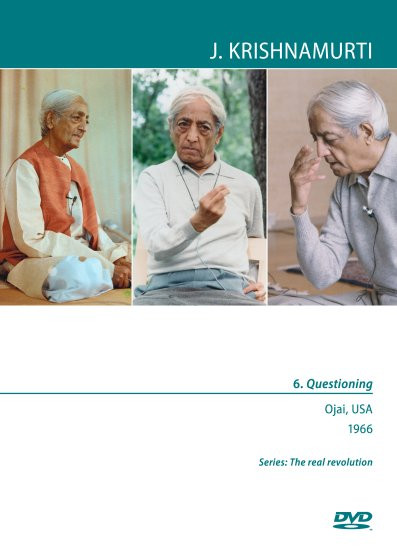 Krishnamurti with students at the Thacher School

One should have a bit of skepticism when asking questions. A wrong question will have no answer, but a right question, in its very asking, unfolds the understanding of it. It needs intelligence and sensitivity to ask the right question and to see all that is involved in it and go to the very end of it.