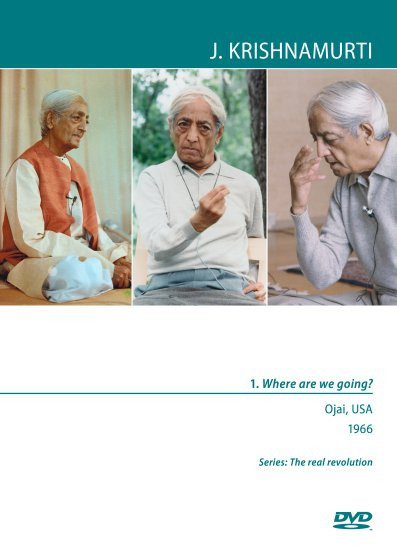 The world is full of misery and conflict, destructive brutality, aggression. Man has mastered the external world but inwardly he is still violent, acquisitive, competitive. Society has been built along these lines. The crisis in the world is actually a crisis in consciousness. It is important to bring about a revolution in the human mind.

“What we are trying, in all these discussions and talks here, is to see if we cannot radically bring about a transformation of the mind. Not accept things as they are. Nor revolt against it – revolt doesn’t answer a thing! But to understand it, to go into it, to examine it; give your heart and your mind with everything that you have to find out a way of living differently.”