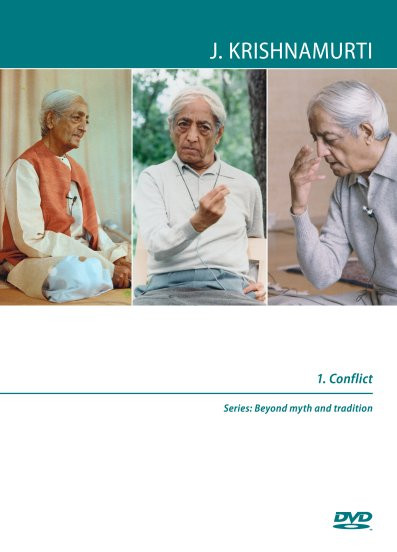 Conflict is between the actual and the myth. To understand that which you are, the myth, the ideal, the self projected future state, must entirely cease.

The action of conflict has its own energy, which is divisive… But the energy of perception and acting is entirely different. And that energy is the energy of creation.