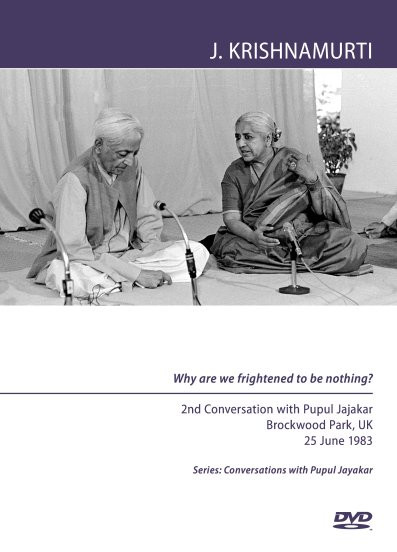 Is there, or can there be, in the human brain a space without end, an eternity out of time?

Insight is possible only when there is cessation of thought and time.

If there is a verbal sound, I am not listening, I am only understanding the words. But you want to convey to me something much more than the words.

The psyche is a bundle of memories and those memories are dead. They operate, they function, but they are the outcome of past experience, which is gone. I am a movement of memories. If I have an insight into that, I am nothing, there is nothing. I don’t exist.

The ending of the movement which is the psyche, which is time-thought, the ending of that is to be nothing. Nothing then contains the whole universe – not my petty little fears, anxieties, problems, sorrow. After all, nothing means the entire world of compassion.