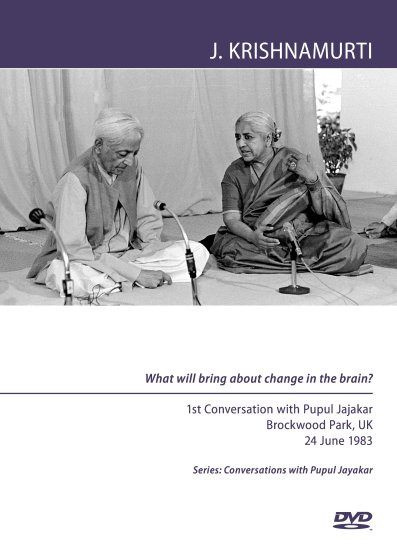 There is only thought, it is not Eastern thought or Western thought. The expression of thought may be different in India and in the West but it is still a process of thought.

What brings about a change in the human brain?

What will make human beings alter the way they behave? This appalling brutality, what will change all this? Who will change it?

Insight is the total absence of the whole movement of thought – as time, remembrance and thought.

Are we aware that we are prisoners of our own fantasies, imaginations, conclusions and ideas?

How do you have a sustained movement of energy that is not dissipated by thought, by any kind of activity?