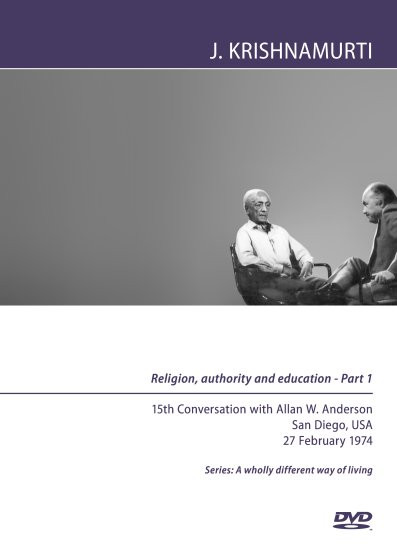 Q: What is religion?

In the West and the East, in the world of Islam, Buddhism or Christianity the same principle goes on, worshipping an image which has been created. It is the human being that has created the image. Can the mind observe this phenomenon and see its own demand for security, permanency, and deny all that?

Why does the mind divide life, accepting authority in one way and denying it in another? We accept the tyranny of a petty little guru with fanciful ideas and reject a political tyranny or a dictatorship.