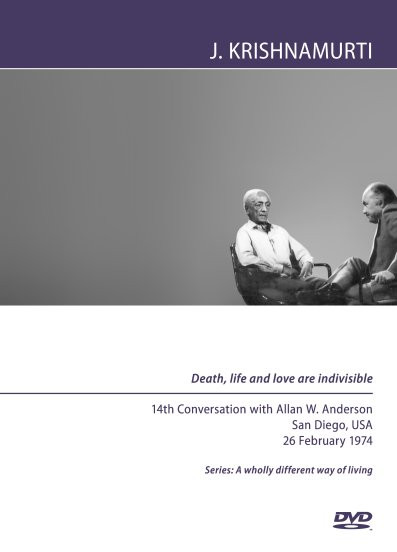 Q: What is death?

If one is not frightened then what is death? What is it one is frightened of in death? Is it of losing the content of consciousness?

Death becomes living when the content of consciousness, which makes its own frontier, its own limitations, comes to an end. Can that content empty itself?

Can the mind be aware totally of all the content: the collective, the personal, the racial, the transitory?

Living, love and death are one, moving and indivisible, and that is immortal.